Darkness lies over the snowy skies of Rotara. The once world renown cheese factories of the great mice empire have slowly been shut down. Where has this fiendish snow come? Some say powerful bird wizards from the north conjured it out of jealousy. While others blame fairytales, claiming Snomes (Snow-Gnomes) have invaded Rotara.

There is only one thing left to do, pass through the Gouda Gates and face the Trials of Cheddar. Rumors say that at the bottom lies a mysterious power, the Great Wheel. Could its magical powers counteract the evil at play. There's only one way to find out...

(This game is currently in-development and still very buggy.)

i can run it on android bu t I don't see controls why ?

Hello Goodgis. I watch your youtube channel and I found out about this game because of your video. And I found a Glitch. If you go to shop and there is two sheilds able to buy and you buy both of them you basically become invisible. And damage starts adding to you health. I ended the game at 22/0 (The zero was actually a blank) So the first Time I won the game it was because of this issue, Other than that, super fun. I have played hours mastering this game. Have a good one!

I love the difficulty here. Really fantastic stuff. I'm new at game dev and your videos have helped a ton. I've been wanting to make a roguelike similar to this but I'm not sure how to do procedural generation in gdevelop. Any tips?

This is great. I've always looked up to you Goodgis

Oh btw I am Keith Tendwayi Zimunya the one you always comments on your posts( well I guess not all the time but I love your vids:)

Found a glitch :( On level 10 the weird hamburger looking monster type hit me when I was 2 spaces away from a wall but because they get pushed back when they hit you it got stuck in the wall

Woah, thanks for letting me know!

Trying to play but the up/down arrows also makes the page go up/down.

Just go into Fullscreen. If you can't sometimes clicking the game screen helps.

How can I play the game?

Does the game still works?  when I click on the "exe" It appears in my task manager but it just doesn't open.

Hi! Wonderful game here I love it! One thing, I accidentally hit the first shopkeeper and had to fight him to get the key, but the key spawned in a wall and i could not get it. Is that supposed to happen?

That's incredible! haha Yeah, it game is a little buggy I no longer have access to the file.

Not working for me :( I try to open it and nothing happens. A debug log shows up and says that the system can't find the specified file or something.

Not sure what happened. :/

I love this game, for the most part! Nearly all of the sounds are appropriate, the game plays smoothly, and the graphics are cute and well rendered. I like the intriguing key shape! I would be very happy to write music for the game if you'd be open to it. I did catch some problems:

i just got insta-killed without moving

Why, thank you sir. 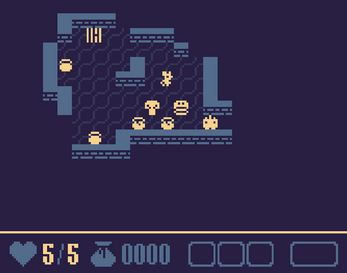 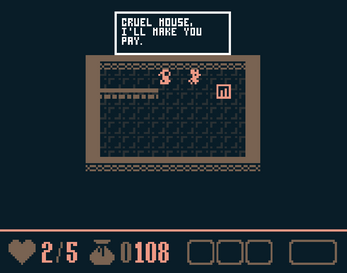 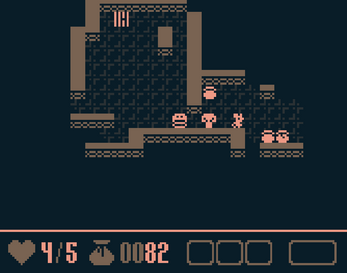