A downloadable game for Windows, macOS, and Linux

Get ready to roll in this neo-classical down hill racer! The town of Shiverbrr has been wrapped inside presents and it's up to you to save them. Navigate your way through icy tundras, bone chilling winds, and terrifying heights. Can you save the village in time or will you blowout trying?

although I kinda hate it… but I LOVE IT!

Hi i just did a speedrun of your game! It was pretty fun but pretty difficult lol! Such an intimidating but awesome game

Reply
An Idiot178 days ago

google drive told me it had a virus on it. does anyone else know if this is true?

Why would you even put the game on Google Drive to begin with? And no, it doesn't have a virus.

Reply
An Idiot159 days ago

This was rage inducing but great! 6:08 (timestamp)

So I pressed the Escape key because I thought that it would pause. It dint and it brought me back to the main menu. Well that's fine but now you are back to level 1!!! Also please add WASD controls.

great game but I can't use WASD to move

you use arrow keys

I played this back around Christmas, meant to post it here and forgot...But I had an absolute blast with this game! The graphics and gameplay were nostalgic, it was fun and not too infuriating haha

Thanks so much for playing! :D

The gift is hauting me in my dreams... anyway good game

This game is so fun!! And the music is amazing 10/10 Goodgis Great work!

Fantastic game. The nostalgia is flooding back to me. I'm excited for the full release!

Ayye, thanks so much! :D

the music and voice in the game reminds me a lot of wii sports lol. really nice game!

This game was one of the first games to get me really excited about the potential about developing in the Godot engine when you uploaded your video about it last year. I finally played through it for the first time yesterday, and it was somehow even more fun than it looked in the video! I grew up playing Monkey Ball games, so I knew this game would be right up my alley, but I wasn't expecting it to have that addicting "just one more level" feeling from start to finish.

I showed the game to my mom and my little sister and they loved it and got hooked too. They ended up playing until they got stuck on the second to final level with the rotating cubes that you have to bounce off of.

I just wanted to say, I would 100% buy a full release of this game! I would love to have several times the amount of levels as the freebie version, an endlessly replayable secondary mode, so I never run out of BB64 to play, some sort of competitive multiplayer, and a co-operative multiplayer mode. That would make BB64 instantly become one of my most anticipated indie games.

My ultimate, unrealistic, pie-in-the-sky wish is that after this game got a full release on PC and consoles, it would get an arcade cabinet release complete with 2 player support and two of those trackball controllers that arcade games use to have for increased immersiveness!

This game is sooo much fun. You should be very proud of yourself for coming up with it and executing your idea so well. I look forward to seeing what you create in the future!

Thanks so much for the kind words! I definitely will make a full release as this is one of my favorite games I've made. Cheers, and seriously thanks for the encouragement. :D 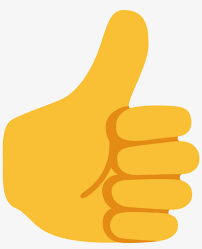 Hi I am currently subscribed to you on youtube:). Nice work, I think you stayed true to what you executed.

I had recreated this game. Pls share ur review

If u like it pls dont give me a copyright strike🤣

Not working on Windows for some reason. I double click the exe and nothing happens.

maybe you downloaded the wrong version?

Maybe it's because your system is 32-bit

I really enjoyed the game, enough to play it twice, but I can't seem to find the elf anywhere!  Any hints?

look at the screenshots

This is a very fun game. Enjoyed it a lot. Kinda reminds me of PS1 Croc game when the player wins or loses. Awesome game OP. Keep it up! :)

game not working in mac :(

This game was so much fun! I used to play so much Super monkey Ball as a kid on my Gamecube. This brought back some good memories!

If I may ask, how did you achieve this pixelated 3D look with Godot? I'm really into the style, it reminds me a lot of the 'A Short Hike' game style where you shrink the resolution of the game and point a second camera at that (that's how it was achieved in Unity at least). Cheers!

I recomment 320x180 and enabling viewport mode and set stretch to keep. For maximum modern nostalgia. ;)

Love it! The best part of this game in my opinion is definitely the art style. I've always been a fan of N64/PS1 graphics, and you just absolutely nailed the aesthetic. The super monkey ball style narrator was also a really nice touch. One of the biggest problems for me though is that it's too hard to judge distances, and estimate where you're going to land. I know the mario games solve this by adding a shadow directly under mario, but that wouldn't help much for a game like this. Maybe you could put a shadow where you would land if you continued at the same speed and angle. Other than that, I really enjoy the game! Looking forward to any updates you have in store! By the way, what did you use to make the logo? It looks really good!

I never owned an n64 and this feels nostalgic

This was really fun and such a refreshing take on the marble physics genre! Hope to see this developed further, the world needs Blizzard Blowout 64 :)

Thanks so much! That means a lot. :D

Thanks for playing! I hope you enjoyed it.

Really Great game! It catches the feeling of playing in a nintendo 64 and it is very fun to play, looking forward to playing more levels in future! This game is featured in my Top 5 of this Week!

Thanks for playing! I definitely need to make that stage a little easier. haha

Amaizng! You know this game reminds of this level in that one N64 game I dont remember the name of the game I think it was something like "Catastrophic crow" or something if you find some time I recommend playing it!

Thanks so much, I'll have to check it out!

Really cool to see, you really nailed the super monkey ball themes from the music and sfx to the movement, and I really enjoyed unlocking all the characters! I recently released a skiing game called bunny hill and I took a ton of inspiration from super monkey ball as well, it is really cool to see some similarities and differences from another developer with a similar inspiration by chance haha. I will have to participate in the jam if it runs again for sure! keep up the awesome work I really enjoyed it.

I'll have to check out your games. Thanks so much!

Loved this! I really enjoyed watching you create it on your live streams, and the final product did not disappoint! The only thing it's missing is a level select feature, as starting from the first every time isn't ideal. Can't wait for your future updates, other games, and new videos!

Totally, I'm actually working on an update to add that, create more levels, and polish the game ever more.

Even as someone who doesn't feel super proficient at this type of game, this was a *super* satisfying experience! Really excited to see more added and how far you take it.

From a QoL perspective, it'd be great if a quick-restart button is included in future updates. Some levels' deathplanes feel a bit farther out than others, so letting players expedite restarts would help reduce frustration on the harder levels. Also, in at least one case I got a Clear and Blowout at the same time/within a few frames of one another, but the Blowout took priority and I had to redo the level. A grace period during the Blowout would prevent this, but you might/might not want that anyway as part of balancing some levels.

I completely agree! After watching some people play it I'm going to adjust some levels, add a pause menu and level select, and create more levels. I feel like this is a great starting point for something bigger.

I really enjoyed the look and style the game has, really had a N64 look to it.

I did get stuck on the level with the small cubes you bounce off, just couldn't seem to get any further,  I do feel the scale of difficulty is pretty fair though.

Thanks! Yeah, I have trouble on that level from time to time. I'm planning on adding way more levels so maybe I'll re-arrange the levels. Also I think having a level select would be very nice, that way you could come back and try beating it again without playing through all the previous levels.

I was going to say something about the low resolution and then I looked in the description and saw that it was supposed to look like an N64 game. The only (not problem) that I have is that it doesn't make sense that you can't jump, or look around. Overall, this game was very fun to play. Also, are you one of the creators of the jam?

Yes sir! haha I decided on not adding camera rotation because it's not necessary for the gameplay. The levels are more linear than a game like Super Monkey Ball. Also yes, I'm the owner of Firith Studio which hosted this. Thanks! :D

Unfortunately I can't seem to get this to run on Windows. No idea why. Checked my anti virus wasn't blocking it, but still just hangs after boot. Can see it in task manager though. 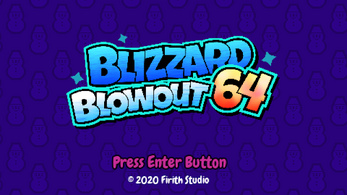